LONDON, ON -  In a world first, researchers at Lawson Health Research Institute, together with Scientists from Defence Research and Development Canada, have developed a breath test that could be used to diagnose repetitive blast injury – a mild traumatic brain injury resulting from pressure changes that occur during explosions. The device will soon go through clinical trials to validate its efficacy.

“A pressure wave is sent through the head and brain after an explosion, resulting in effects similar to a concussion,” says Dr. Douglas Fraser, Scientist at Lawson and Professor at Western University’s Schulich School of Medicine and Dentistry. “Examples of individuals who are most at risk of this condition include military personnel, police, individuals in the mining industry and tragically the public, who are currently experiencing this first hand through the war in Ukraine.”

The test leverages findings from a new peer-reviewed study in the Journal, Frontiers in Neurology. The research team examined blood biomarkers in members of the Canadian Armed Forces who have experienced repetitive blasts.

“When we looked at these service personnel there were certain metabolites in their blood that had changed quite dramatically compared to those who had not been exposed to blast injury,” explains Dr. Fraser, who is also a Paediatric Critical Care Physician at London Health Sciences Centre. “What was remarkable about these metabolites is that some of them are expelled in a person’s breath.” 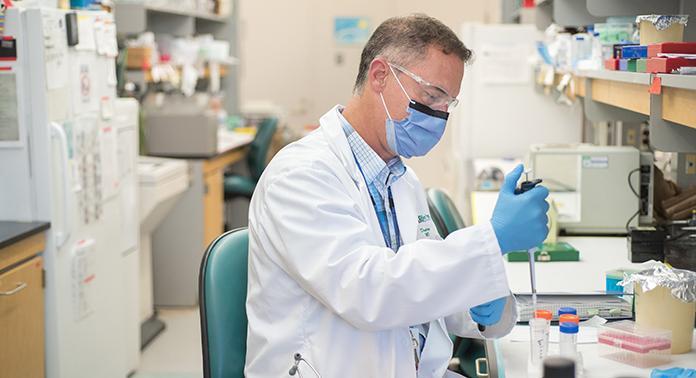 Currently there is no accurate way to diagnose repetitive blast injury other than relying on a patient’s history and symptoms. Using their findings, the research team has identified a combination of metabolites that can be measured in breath as a diagnostic test.

“The individual would blow into what looks like a straw and the breath would go into a device which would measure the metabolites of interest,” adds Dr. Fraser. “The device would then determine if the person is in the danger zone, or if they have been exposed to too many blasts.”

Dr. Vivian McAllister, Director of the Office of Military Academic Medicine at Schulich Medicine & Dentistry says this discovery could be a game changer when it comes to this condition.

“The symptoms of blast injury overlap with other neurological conditions, especially depression, so accurate diagnosis is essential,” says Dr. McAllister. “Early diagnosis allows for interventions that we know to be successful in reducing the symptoms and consequences of mild traumatic brain injury.”

The test has been developed and patented with WORLDiscoveries, the technology transfer and business development office for Lawson and Western, and licensed to Neuroltixs Inc. for development. The next steps will be to confirm the efficacy of the test through upcoming clinical trials.

“We hope to validate the breath aspect of the test, which could then be used as a health surveillance tool,” says Dr. Fraser. “Once validated through clinical trials, this portable device could be easily developed and it will allow us to determine who has been over exposed to blast injuries and how we can protect them in the future.”