When Donna Peterson developed a cough and had difficulty breathing, she knew something was wrong. She found herself not making it up to the top of a flight of stairs without being winded, and waking up tired every morning which was not normal for her.

“I could not figure out why I was so tired. Something in the back of my mind said something isn’t right.” To her surprise, a visit to the doctors discovered an issue with her heart.

“The doctor came in and said you are going to be sent to a valve specialist for surgery. You have a huge aneurysm and your aortic valve is not working.” Donna subsequently underwent surgery to remove the aneurysm and repair her aorta.

An aneurysm happens when the artery wall weakens creating a bulge. If ruptured, an aneurysm can lead to life-threatening bleeding inside the body. Another concern is aortic dissection where the layers of muscle in the heart separate causing a tear in the wall. Both of these situations are emergencies, but how are women affected differently than men?

Dr. Michael Chu, scientist at Lawson Health Research Institute and cardiac surgeon at London Health Sciences Centre, is exploring sex-specific differences in outcomes following aortic surgery. Partnering with Dr. Jennifer Chung, cardiac surgeon and scientist at the University Health Network, the team, conducted the largest study of its kind to examine data from studied data from1,700 patients who underwent aortic surgery across 10 sites in Canada. The research was an initiative of the Canadian Thoracic Aortic Collaboration (CTAC).

Dr. Chung notes that “the elevated risk remained even when we controlled for patients’ age, weight, pre-operative health and co-morbidities. When we took all of that into consideration, going into an aortic arch surgery you’re slightly less than twice as likely to die if you’re a woman.” 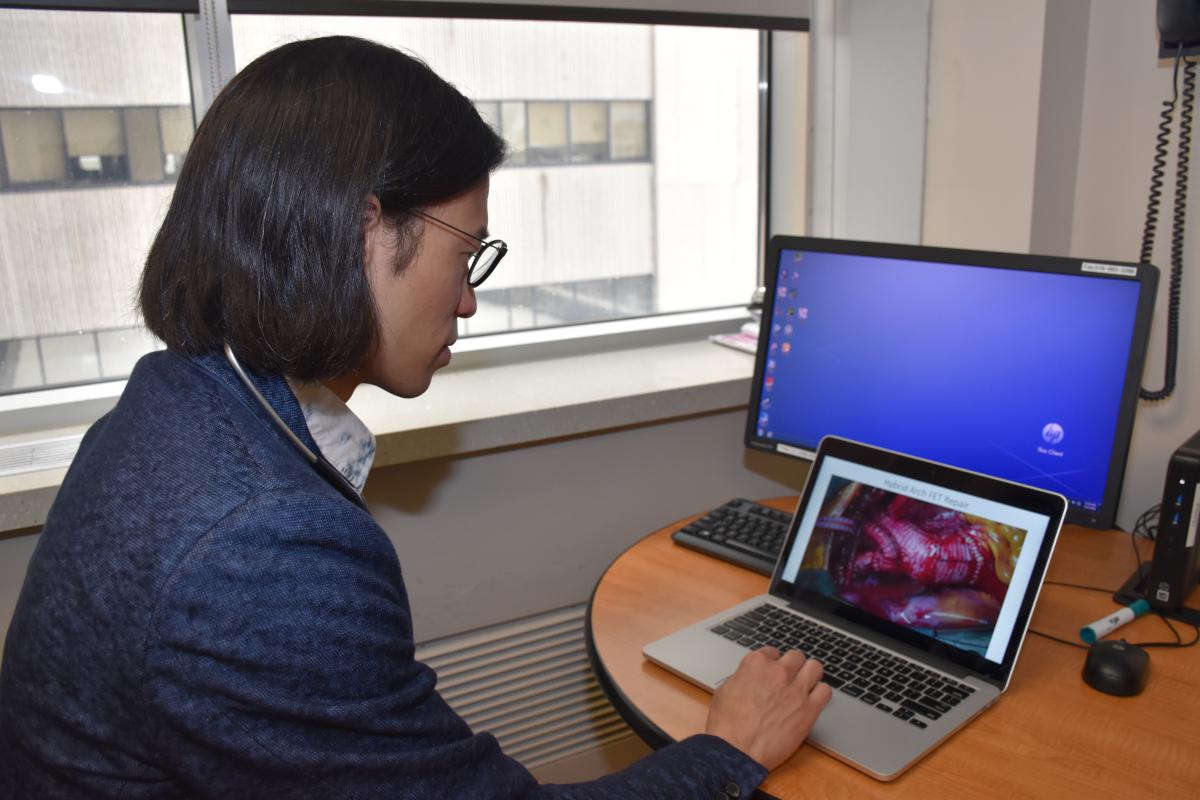 Dr. Michael Chu shows a repair during an aortic surgery.

Aneurysms develop slowly and are caused by a number of factors. When adjusted for their size, aneurysms in females are much more significant and have a higher risk of rupture and dissection because females tend to be smaller and lighter.

“In many areas of cardiovascular medicine, we know women tend to have worse outcomes. The question becomes why and how do we fix this,” says Chu who also leads CTAC, an organization of aortic specialists. “The next step is to figure out how we fix this problem because with today’s medicine there should not be a difference. We need to focus research on how to improve these differences.”

Most people, and especially women, don’t show symptoms until they have complications like an aortic dissection or ruptured aorta. Once these life-threatening situations happen, the risk of surgery is 10 times higher than choosing surgery in a non-emergency situation, called an elective surgery.

Researchers suspect these sex-related differences might be related to common issues. Women tend to show symptoms later in the disease process, be older and have larger aneurysms. Women also don’t tend to show the typical symptoms males experience like chest pain or dizziness.

Dr. Chu stresses the importance for clinicians to screen for these heart conditions in women. When female patients present with abnormal symptoms, clinicians need to consider aortic aneurysms and aortic dissections.

In women with aneurysms, physicians need to be careful they are not treating them like a male patient. Guidelines are based on specific numbers, but these need to be adjusted for the patient’s size. Dr. Chu also encourages providers to consider surgery earlier in the disease process which leads to better outcomes.

“All scientific research needs to address the differences between men and women going through procedures,” says Chu. “We need to focus our research on these new technologies to help narrow the gap and improve outcomes for patients.”

Donna recovered quickly from her surgery and two years later she feels great. She continues to work on rehabilitation exercises, stressing the need for being her own health advocate and coach. She has a background in academia, holding the title of professor emeritus at Western University, and has participated in clinical research studies with Dr. Chu. 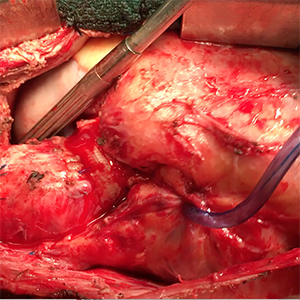 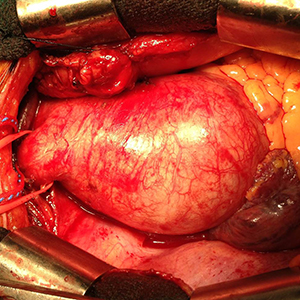