Prostate cancer can be elusive.

Wayne Smith’s journey with prostate cancer began 16 years ago when his family physician noticed increasing levels of prostate specific antigen (PSA) in his blood. PSA is a protein expressed by the prostate. A blood test is used to monitor levels of the protein as a screening tool for prostate cancer.

“My doctor referred me to Dr. Stephen Pautler, Urologist at St. Joseph’s Health Care London. Although we did a number of tests, we weren’t able to locate any spots of cancer,” says Wayne, a 71-year-old man from Ingersoll, Ontario. “We were able to manage my PSA levels for a number of years until they jumped up too high.” 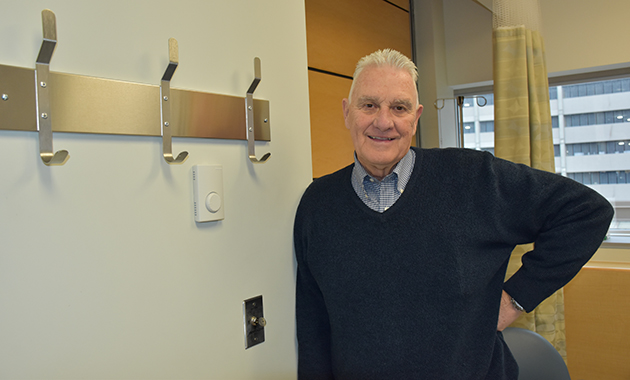 In 2012, Wayne was sent for a CT scan. This test finally revealed spots of cancer at the back of the prostate. “Dr. Pautler discussed my treatment options with me and I chose to have surgery to remove my prostate,” explains Wayne. “The team did a great job but we eventually realized some cancer remained. I asked about a PET scan to locate it but the technology was not available at that time.”

After consulting with Dr. Pautler and Dr. Glenn Bauman, Radiation Oncologist at London Health Sciences Centre, Wayne chose to postpone further treatment and monitor the cancer over time. It was undetectable for five years before his PSA levels started rising again. Earlier this year, the levels doubled.

“I was told a PET scan was available through research and that it could help locate the disease,” says Wayne. He went for the scan earlier this year at St. Joseph’s Hospital, part of St. Joseph’s Health Care London. “Nothing showed up on the scan, but that was good news; it meant the cancer was microscopically small.”

The PET scan helped Wayne and his care team in making decisions about his treatment. They decided on hormone therapy and radiation therapy to hopefully eradicate any cancerous cells. He was treated at London Health Sciences Centre’s (LHSC) London Regional Cancer Program.

“Early evidence suggests that a clear PET scan despite rising PSA levels is likely associated with persistent cancer at the original site,” explains Dr. Glenn Bauman, Lawson Scientist and Radiation Oncologist at LHSC. “Based on the scan, Wayne was able to do a much shorter round of hormone therapy – six months rather than being on hormone therapy indefinitely.”

“After the first hormone treatment, my PSA levels dropped significantly. With the added radiation, we’re confident this will be the end of my battle with prostate cancer,” says Wayne, who is currently enjoying retired life by spending time with his wife, two children and five grandkids. “Despite my diagnosis and treatments, I carried on with my life. I did what I had to do but still went places on weekends, did chores around the house and went golfing.” 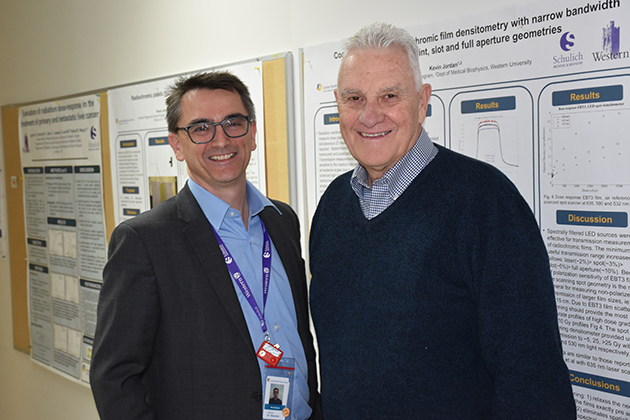 Wayne is one of 1,500 Ontario men who will participate in the PSMA-PET Registry Trial. Led by researchers at Lawson Health Research Institute, the multi-centre registry trial is testing the use of a new imaging tracer, called a PSMA tracer, for early detection of recurrent prostate cancer. The registry gives patients access to a new type of imaging and will assess the impact on patient care.

PSMA tracers are used in positron emission tomography (PET) scans to target a protein found in prostate cancer cells called prostate specific membrane antigen (PSMA). Supported by Cancer Care Ontario and McMaster University’s Centre for Probe Development and Commercialization (CPDC), the goal of the registry trial is to capture detailed PET images to guide treatment decisions made by patients and their care teams.

Eligible participants are those with suspected prostate cancer that cannot be detected in conventional bone and CT scans. Participants have a PET scan using a specific PSMA tracer called 18F-DCFPyL. The tracer is injected and spreads out in the body to find spots of cancer which are then visible on the scan.

“With this trial, men in Ontario can access a promising test that could impact their treatment outcomes,” says Dr. Bauman. “The PSMA tracer may be able to locate prostate cancer that was once undiscoverable.”

The PSMA tracer is considered an investigational agent in Canada and is currently only available through clinical trials. After studying the accuracy of the tracer in detecting early cancer recurrence, the research team hopes to have enough data to recommend when it could be used in the clinic.

Patients from London, Ontario and region who are enrolled in the PSMA-PET Registry Trial have their scans performed at St. Joseph's Hospital. In 2016, Lawson researchers were the first in Canada to use the 18F-DCFPyL PSMA tracer to capture PET images with a patient at St. Joseph’s Hospital. The tracer is provided by CanProbe, a joint venture between CPDC and UHN located in Toronto, and was set up with funding from the Movember Foundation.

“We conducted an initial trial that included 20 men with prostate cancer who were having their prostate removed. The goal was to determine how effective the PSMA probe was in detecting disease at the time of initial treatment,” explains Dr. Bauman. “We found the PET scan was able to detect spots of cancer in almost all participants, which corresponded to spots of cancer identified in the prostate after it was removed and examined under the microscope.”

Dr. Bauman notes that conventional imaging tests like bone scans and computed tomography (CT) are not always effective for detecting prostate cancer. While other PET probes can be used to detect a number of different cancer types, they are unable to identify prostate cancer. The PSMA probe opens new avenues for prostate cancer diagnosis, prognosis and treatment guidance.

“It’s fantastic we have access to this PET scan. It certainly gave me relief knowing nothing showed up on the scan and that, even if something did, it would light up to show us where to treat,” says Wayne. “I know PET scans are used for other cancers too and I think they’re imperative. They give you more of a chance through knowledge of where the disease is located.”

Ontario men with recurrent prostate cancer who are interested in participating in the PSMA-PET Registry Trial are asked to contact one of the participating sites. Contact information can be found on www.clinicaltrials.gov. For more information on PET scanning in Ontario, including referral forms, visit www.petscansontario.ca. 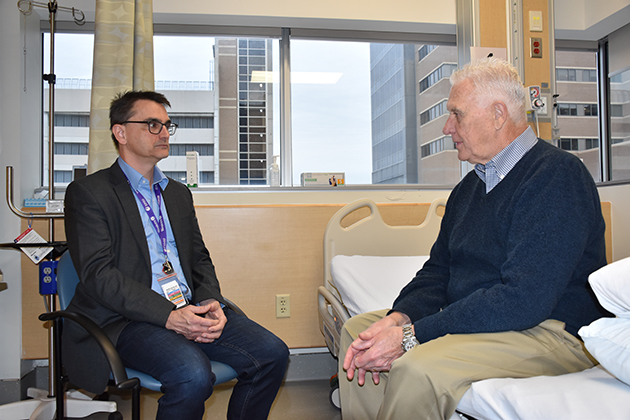 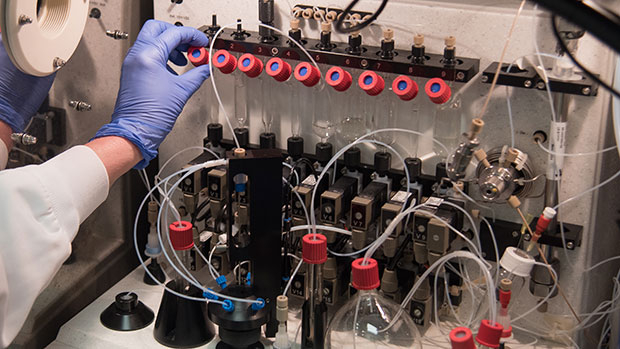