LONDON - A heart attack can be deadly, but there are effective lifesaving procedures if treated in time. The most common procedure is called reperfusion therapy, which is when the blocked coronary artery causing the heart attack is opened up and a stent is placed inside to let blood flow freely again.

In a recent published study by a multi-center research team at Lawson Health Research Institute, St. Joseph’s Health Care London and a number of other institutions across the globe, scientists examine a condition called reperfusion injury, a problem that can take place following reperfusion therapy.

“When you open up the coronary artery in someone experiencing a heart attack the blood starts to flow. However, we found there are a number of factors that lead to other injuries due to opening up the vessel,” explains Dr. Rohan Dharmakumar, Executive Director of the Krannert Cardiovascular Research Center at Indiana University. “Opening up the coronary artery, although lifesaving and necessary, can at times cause significant reperfusion injury which is a concept that had yet to be scientifically proven until now.” 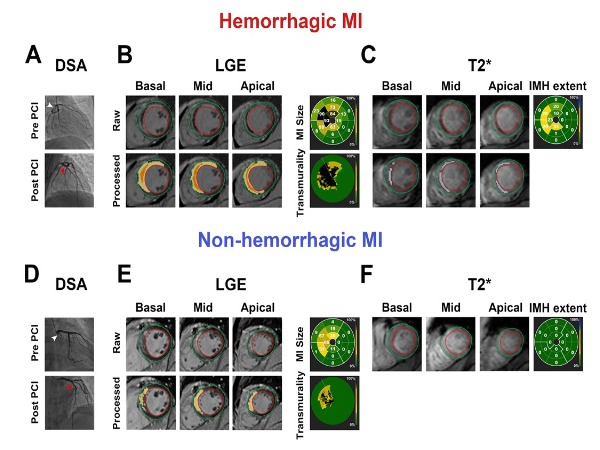 For example, when the blocked coronary artery is opened up with reperfusion therapy the blood flowing into narrower vessels can cause the smaller vessels to burst and cause internal bleeding within the heart muscle, which is called myocardial hemorrhage.

“Those who experience a myocardial hemorrhage have a much larger piece of their heart muscle die than those who don’t have hemorrhage,” says Dr. Frank Prato, Program Lead of Lawson’s Imaging Research Program and Assistant Scientific Director at Lawson. “We have been able to show that if there is hemorrhage due to reperfusion injury, the size of the dead tissue within the heart grows, which then can ultimately lead to heart failure.”

After studying 70 patients with heart attacks, the research team was able to show reperfusion injury led to hemorrhage in excess of 50 per cent of patients who were being treated for a heart attack. 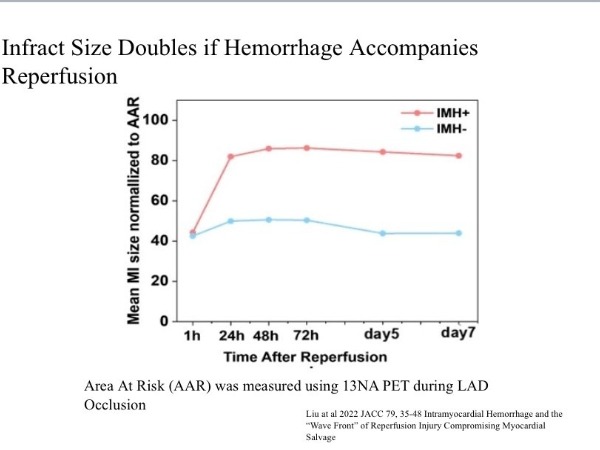 “The outcome isn’t immediate death, but heart failure that can start a few years after the heart attack,” says Dr. Dharmakumar. “So even though we are saving people initially from a heart attack, we are still losing a lot of people to heart failure within the first five years.”

This discovery was made possible through the use of Lawson’s cyclotron, a machine used to make isotopes for advanced PET/MRI scans at St. Joseph’s Health Care London.

“To validate the study with a PET/MRI we needed a specific radioactive isotope called nitrogen 13 ammonia,” explains Dr. Mike Kovacs, Scientist and Director of Lawson’s Cyclotron Facility. “We were able to create this isotope and went through Health Canada approval, so now we can use this not only in preclinical models but with human patients as well.”

The study has been published in the Journal of American College of Cardiology. The findings will now allow the research team to examine different forms of therapies that can be used in combination with reperfusion therapy to improve patient outcomes.