LONDON, ON - In a study involving 542 Crohn’s disease patients, researchers at Lawson Health Research Institute examined whether a patient’s DNA can be used to identify their risk of severe disease. They found that patients with a genetic variant in a gene called FXR (farnesoid X-receptor) are much more likely to need surgery and to need it earlier in their care journey. Surprisingly, they found that women with the genetic variant are at an even higher risk than men.

Crohn’s disease is an often debilitating condition that affects one in every 150 Canadians. The condition is characterized by intestinal inflammation caused by unnecessary attacks from the body’s immune system. It’s a disease that can behave and progress differently from one person to the next, with some requiring surgery to remove affected parts of the intestine.

“While medications are prescribed to manage Crohn’s disease, physicians have to balance the risk of side effects with the risk of undertreating severe cases of the disease,” explains Dr. Aze Wilson, Associate Scientist at Lawson Health Research Institute and Gastroenterologist at London Health Sciences Centre (LHSC). “In order to personalize treatment, it would be great to have a tool for identifying which patients will have the most severe cases of illness.”

Dr. Wilson and her colleagues became interested in the FXR gene because of its role in intestinal health. The FXR gene is a part of human DNA that controls how we process drugs and has also been linked to how well our intestines work. The research team suspected that variation in the gene could lead to poorer outcomes in Crohn’s disease patients.

“Given the importance of FXR to intestinal health, we wanted to see whether it plays a role in disease severity and we discovered that it does,” says Dr. Wilson. “Our findings suggest that genetic testing could be used to identify patients at a high risk of poor outcomes. This would allow physicians to tailor treatments to give patients the best chance at success.”

“Differences between men and women with Crohn’s disease are not often considered in research or clinical practice. We apply treatments in the same way to both sexes, which may not be the best approach,” explains Dr. Wilson. “We identified a group of women who may benefit from a different approach to care. The study highlights the need for evaluating the effect of biological sex on disease and the interaction it may have with our DNA.”

Looking forward, the team hopes to further explore the effect of this genetic variant on intestinal health using laboratory-based cell models. They also hope to assess the value of genetic testing as a tool for informing treatment decisions made by patients and their physicians.

“One of our larger goals as a research group is to develop a personalized care plan for patients with Crohn’s disease and ulcerative colitis – one that integrates genetic information and other biomarkers to improve how care is delivered to these patient populations,” notes Dr. Wilson. 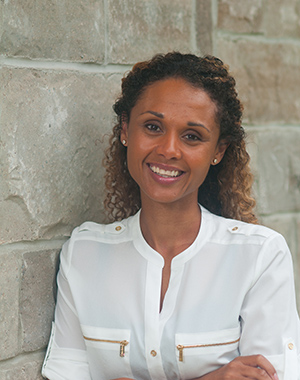