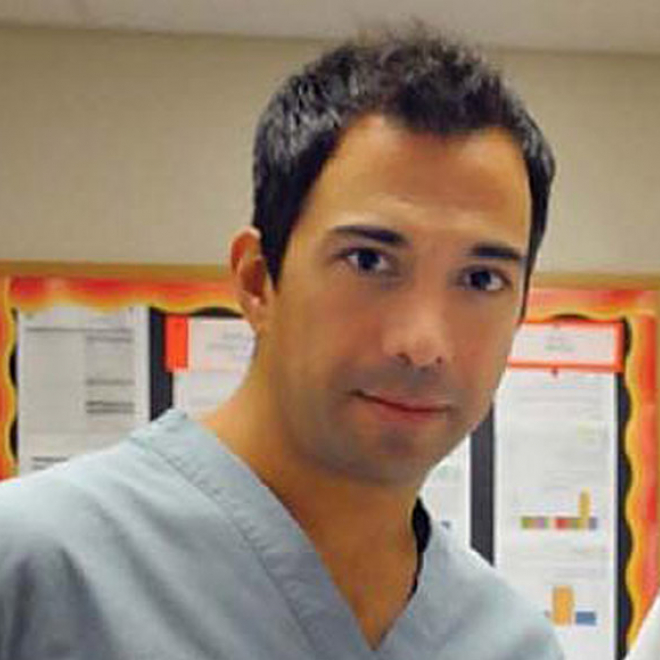 ALPPS has recently been implemented as a strategy for accelerated and extensive FLR hypertrophy. Stage 1 involves resection of metastases in the liver, selective right portal vein ligation and complete parenchymal transection. After adequate hypertrophy (FLR>30%) patients undergo the second stage surgery, which involves removal of the diseased deportalized liver. This technique has demonstrated encouraging results in terms of the degree of liver hypertrophy, however, ALPPS remains highly controversial, with the paucity of long-term oncologic data and high morbidity (up to 40%) and mortality (up to 22%).

Dr. Hernandez-Alejandro has been an international pioneer in this area. As the first Canadian surgeon to perform this procedure, his team undertook a prospective pilot study. All patients completed the ALPPS procedure, with no complications after Stage 1. After Stage 2. At a median follow-up of 9 months, overall survival of this initial cohort was 100%.

Dr. Roberto Hernandez-Alejandro graduated with honours from Universidad La Salle in Mexico City in 2003. He received General Surgery training at the Instituto Mexicano del Seguro Social, Centro Medico Siglo XXI. He completed a fellowship in transplantation for kidney and pancreas from 2003-2005 at the University of Calgary, followed by a second fellowship in liver transplantation and hepato-pancreato-biliary (HPB) surgery from 2006-2008 at Western University in London, Ontario. Subsequently, he received further training in live donor liver transplantation and HPB at the University of Toronto and Kyoto University in Japan.

In January 2009, Dr. Hernandez joined the Department of Surgery at Western University as an Assistant Professor, with an appointment at London Health Sciences Centre – University Hospital. He was promoted to Associate Professor and is currently the Director of Liver Transplantation and Hepatobiliary Surgery at LHSC.

A pioneer in Canada with the ALPPS procedure in the management of liver metastases, for two consecutive years Dr. Hernandez has received the Rising Star Award from the ILTS , and in April 2013 he was named Researcher of the Month in Canada by Canadians for Health Research (CHR). Dr Hernandez-Alejandro has been recipient of several internal and external grants. He received multiple teaching awards by his Department and the University.