A new study from Lawson Health Research Institute will be the first to explore Canadian Veterans’ beliefs about confidentiality in mental health care and whether those beliefs act as a barrier to seeking treatment for a type of trauma known as moral injury.

Moral injury describes psychological distress following events where a person performs, witnesses or fails to prevent acts that conflict with deeply held moral standards. Evidence suggests that moral injuries are on the rise among deployed members of the Canadian Armed Forces (CAF), and that those exposed to such events are at a higher risk of developing post-traumatic stress disorder (PTSD) and depression.

Through the study, researchers aim to understand barriers that might prevent military personnel from disclosing details of moral injury.

“A commonly reported barrier when seeking mental health treatment is a perceived lack of confidentiality,” explains Dr. Anthony Nazarov, Post-Doctoral Associate at Lawson. “Since some events that induce moral injuries are ethically ambiguous, it’s possible that military personnel may withhold details of their trauma or even avoid seeking help due to worries about confidentiality.”

The two-year study will engage 200 Canadian Armed Forces Veterans to investigate their perceptions around the confidentiality of disclosing moral injuries in the mental health care and research settings. This will be accomplished not only by interviewing Veterans receiving care at St. Joseph’s Health Care London’s Operational Stress Injury Clinic, but also through online surveys made available to military personnel and Veterans across Canada. The research team will also interview mental health professionals to understand their perspectives on this topic.

“Many Veterans seek help for mental health, and that’s great to see. We’ve come a long way in reducing stigma and barriers, but there’s more work to be done,” says Dr. Don Richardson, Lawson Associate Scientist, Director of the MacDonald/Franklin OSI Research Centre and Physician Lead at St. Joseph’s OSI Clinic. “It’s our duty as mental health researchers and clinicians to ensure that everyone who needs help seeks it. If Veterans do not feel comfortable disclosing certain details because of perceived mistrust related to privacy, we need to know why that is and what we can do to address this issue.“

“Through appropriate messages, it may be possible to dispel any false beliefs, increase trust in mental health professionals and, in turn, increase the number of veterans who choose to seek help,” notes Dr. Nazarov. 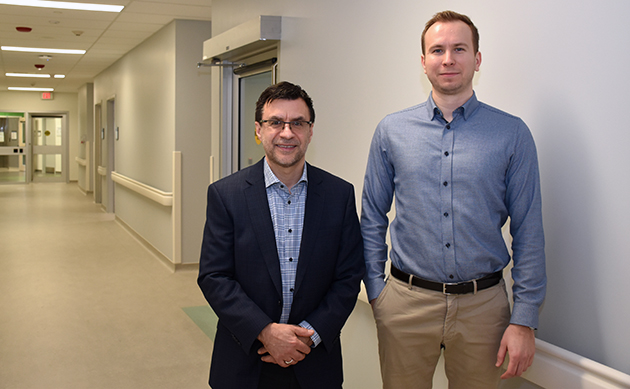