Getting the gift of life was an amazing moment for 68-year-old Ruben Garcia who was in late-stage kidney disease and starting dialysis when his daughter Ruby donated one of her kidneys to him. The father of four underwent transplant surgery this past March and remained in hospital for nine days recovering.

Following his surgery, Garcia found it difficult to get out of bed due to pain and swelling, leaving the function of his new kidney at a very low level. “My surgeon explained in very simple terms, that it was as if my new kidney wasn’t awake yet,” describes Garcia.

That’s when Garcia’s surgeon Dr. Alp Sener recommended that he use the geko™ device which is a simple device that has been shown to help reduce swelling after kidney transplantation. “After surgery, many of these organ recipients require a longer hospital stay due to delayed kidney function, infection, lack of mobility or edema,” says Sener, Lawson Scientist and Transplant Surgeon in the Multi-Organ Transplant Program at London Health Sciences Centre (LHSC).

Once Garcia started using the portable device, worn on the leg, he says it felt like it worked very fast.  He noticed a difference the following day and was able to get out of bed. “My kidney woke up and starting working again! I could feel the device working and it was comfortable to wear, almost like a massage for my legs” explained Garcia.

The geko™ device, manufactured by Sky Medical Technology Ltd and distributed in Canada by Trudell Healthcare Solutions Inc., is a muscle pump activator which significantly improves blood flow by stimulating the body’s muscles. The current standard of care for managing lower-limb edema and improving blood flow is thrombo-embolic-deterrent (“TED”) stocking used with compression devices. These can often be uncomfortable to wear because it comes with a large pump that can inhibit early mobility and disrupt sleep.

In order to study the efficacy of the device, a two-year randomized controlled clinical trial took place with 221 transplant recipients at LHSC.  Study participants either wore the standard TED stocking and pump or the geko™ device for six days after surgery.  Dr. Sener and his research team found that those wearing the device had some promising improvement, the most significant being a 60 per cent reduction in wound infection rates. “Reducing infection means a much better outcome for the patient and considering that recent data shows wound infections can cost the health care system thousands of dollars per person, it’s a win-win situation,” says Dr. Sener. 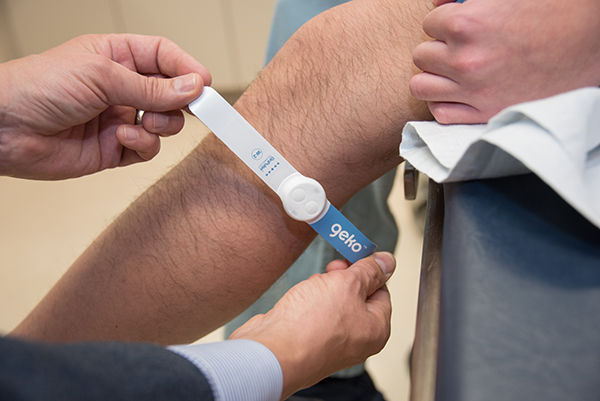 Those using the new device also experienced increased urine output, lowered weight gain, less swelling and the duration of costly hospitalization was shortened by over one day. Some of the study participants also wore pedometers to track their steps and had improved mobility after surgery.  “The study results have been both surprising and exciting,” says Dr. Sener. “Not only have we cut down wound infection rates but we have also seen a considerable improvement in the new organ’s function following transplantation. Patients report feeling more satisfied with the transplant process and are more mobile.”

The geko™ device is now being offered to patients at LHSC in recovery after receiving a new kidney - patients just like Garcia who is now at home continuing his recovery and is looking forward to getting back to doing the things he loves like golfing, and spending time with his wife, children and 10 grandchildren. “I’m happy I was in the right place to get my new kidney, which is my daughters’ kidney, and I am happy I have a new life.” 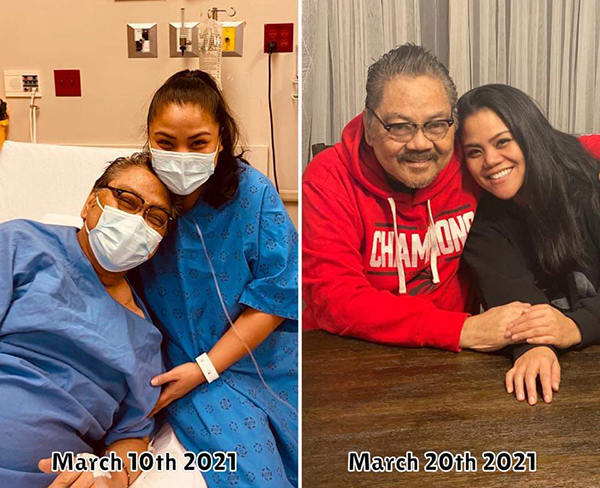 Ruben Garcia and his daughter, who donated her kidney to him, in hospital and later at home during their recovery.

The study “Daily use of a muscle pump activator device reduces duration of hospitalization and improves early graft outcomes post-kidney transplantation: A randomized controlled trial” is published in CUAJ. 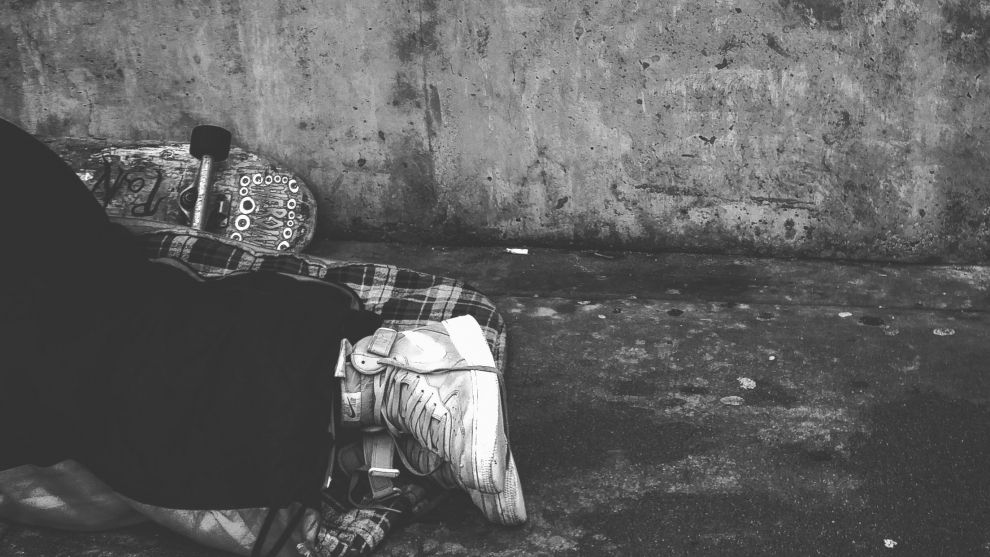