Once patients with psychosis start treatment, some get better in weeks while it can take months for others.

“We wanted to see if we could understand and influence this disparity,” said Dr. Lena Palaniyappan, Associate Professor at Western’s Schulich School of Medicine & Dentistry and Scientist at Lawson Health Research Institute who is looking at chemicals in the brain with the aim of speeding up the time it takes a patient to respond to medication for psychosis. 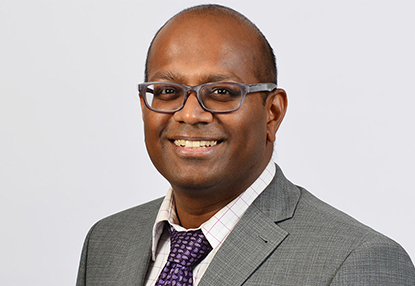 Patients who experience their first episode of psychosis will have better overall outcomes if they respond early to treatment. This includes improved symptoms and daily functioning as well as spending less time in hospital.

The research team from Lawson and Schulich Medicine & Dentistry studied antioxidant levels in the brain, and found that these chemicals which rid the body of normal metabolic biproducts called free radicals, may improve outcomes of early intervention in psychosis. They looked specifically at an area of the brain called Cingulate Cortex which is well connected to a network of regions that play a major role in generating symptoms of psychosis.

The study, published in Nature Molecular Psychiatry, showed that patients with higher levels of an antioxidant called glutathione responded more quickly to medication for psychosis and had improved outcomes. They estimated that a 10 per cent increase in antioxidants could lead to a reduction in length of hospital stay by at least seven days.

“This study demonstrates that if we can find a way to boost the amount of antioxidants in the brain, we might be able to help patients transition out of hospital more quickly, reduce their suffering more quickly and help them return earlier to their work and studies,” said Dr. Palaniyappan who is also the Tanna Schulich Endowed Chair in Neuroscience and Mental Health at Western.

Antioxidant levels in the brain vary naturally from person to person and those variations can be attributed to lifestyle choices like exercise and diet. There are also ways to pharmaceutically boost these levels. A supplement called N-Acetyl Cysteine (NAC) as well as broccoli extracts can increase the brain’s antioxidants if given over a long period of time.

Dr. Palaniyappan and his team in collaboration with Dr. Jean Theberge at Lawson Imaging used high-field MRI imaging to examine antioxidant levels in the brains of 37 new patients to the Prevention and Early Intervention for Psychoses Program (PEPP) at London Health Sciences Centre. Antioxidant levels were studied prior to beginning treatment for psychosis and followed up for six months post-treatment.

The MRI scans were acquired at Western’s Centre for Functional and Metabolic Mapping at the Robarts Research Institute with the support of Western's BrainsCAN and the Canadian Institutes of Health Research.